Cryptbot: How Free becomes a High Price to Pay

Over the past month, COVID-19 has significantly changed our lives. It’s changed the way we work, commute (or not), interact with each other, and perhaps, interact with our software. For many working from home has required the use of VPN software to connect to our corporate network, conferencing software for remote communication and software programs to complete work tasks. To have access to programs and tools typically installed on office computers, employees working from home may have had to download these same programs to their home computers.

Malware creators and distributors are taking advantage of this unusual situation, delivering fake installers for usually paid programs and VPN clients. This trend was recently observed in a Cryptbot attack Deep Instinct prevented on a customer’s machine.

Although being a lesser-known info-stealer, Cryptbot has been very productive in the last couple of months with thousands of daily infections. Having arrived on the malware scene in the spring of 2019, it has since been providing unsuspecting victims with fake software in exchange for their private digital data.

Cryptbot combines complex evasion techniques and a rather simple social-engineering based distribution strategy to produce an interesting method of attack that manages to stay relatively hidden in the current malware landscape.

In this latest campaign, Cryptbot is delivered as a Trojan malware. Consistent with the ancient trojan horse, the info-stealer hides within legitimate software in order to be installed by its victims. Over its year of activity, it has been disguised as an installer of a free VPN application and as an installer of legitimate commercial software. Delivered either by itself or bundled with other malicious applications. For example, users looking for cracked versions of PhantomPDF editor, Adobe Illustrator or Malwarebytes AV have found themselves installing the info-stealer instead of their preferred programs. The sample we’ve encountered claimed to be an installer for the Glary Utilities suite that consists of several utilities for Windows optimization and cleanup. 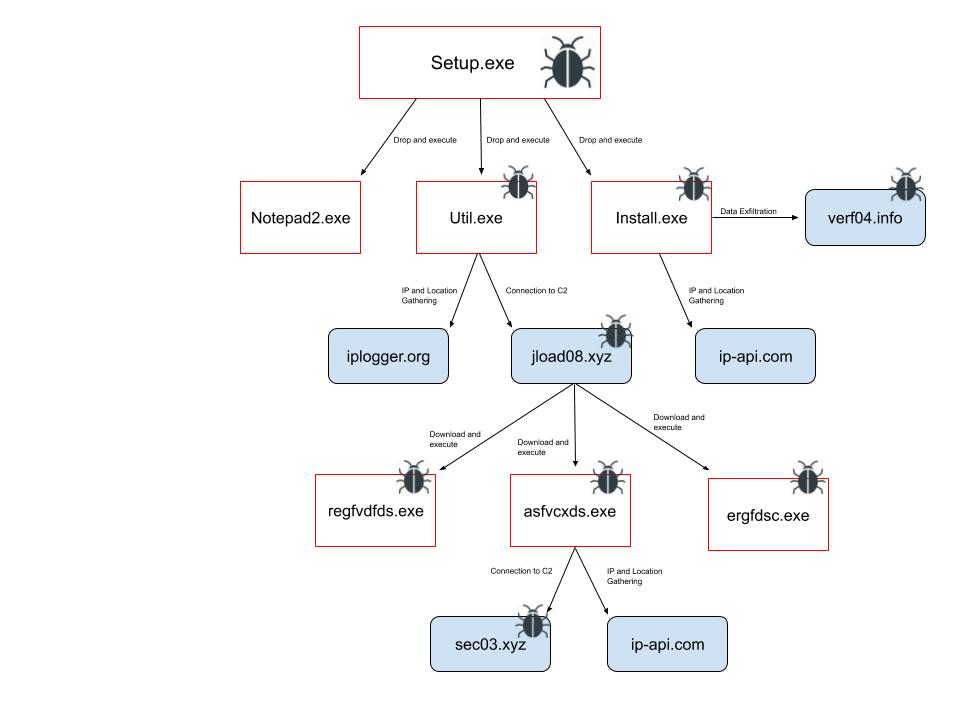 The attack flow started with a dropper disguised as a Nullsoft installation file simply named setup.exe. Despite having GUI elements in its resources, upon execution, no messages or menus are presented to the user. 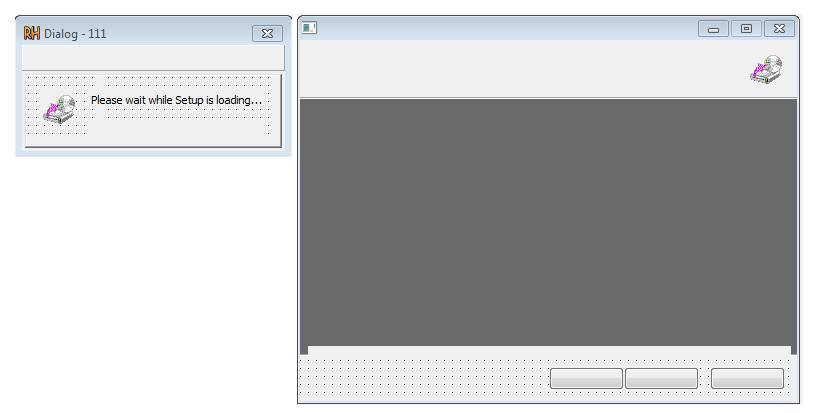 Notepad2.exe is innocent. It is a benign application written by Florian Balmer as a replacement for the original Notepad. It is undoubtedly used as a decoy file, perhaps to let the victim think that the executable he just ran is a benign Notepad program.

Install.exe is the sample of Cryptbot.
The executable is packed with the advanced Themida packer that utilizes virtualization and encryption in order to prevent decompiling and debugging. Once executed by its dropper, the info-stealer utilizes its variety of information-stealing capabilities in order to exfiltrate passwords and data forms stored in installed browsers (Chrome, Firefox, Opera and Comodo Dragon), steal Bitcoin wallets, take screenshots, search for email files, etc.

The gathered data is temporarily stored inside a randomly named folder in ProgramData, for example in our case it was C:\ProgramData\ZYcJHwiWrl0zhlsd\. During our analysis several files and folders were created with the following structure:

The file “172773668.txt” stores the response of Cryptbot’s request to hxxp://ip-api in order to resolve the IP address and the location of the victim’s machine. During our analysis, the sample was executed several times from different countries and IP addresses, but the name of the file did not change, which may indicate that it is constant for the specific sample we analyzed.

Once all the relevant information is gathered, it is archived into a ZIP file (CTi8uuz5.zip in our case) in its working directory. The ZIP is sent via an insecure connection to its C&C server, hxxp://verf04.info in our case. As the sample continued to try to contact the same expired C2 between several executions, it seems that the domain is hard-coded into the sample.

Finally, a CMD command is executed in order to delete the directory and the Install.exe file.

Util.exe is an AutoHotKey based malware downloader that is also packed with Themida. AutoHotKey is a scripting language for Windows, that allows users to create macros with assigned keyboard shortcuts in order to automate an assortment of tasks. Such scripts can be compiled into executables and run without AutoHotKey present on a computer.

Usually, the original script can be found in the resources section of an executable and can be extracted in clear text. The script in Utils.exe was encrypted or obfuscated, but we were able to extract relevant strings from the RAM. These strings confirmed what we already suspected from the behavioral analysis.

The first line shows that the downloader checks the IP of the victim as well. It is possible, that is done to geo-restrict the distribution of the malware. The next three lines indicate the URLs of the malicious executables and the names they will receive once they are downloaded. The downloader also checks for the presence of malware analysis tools such as Process Monitor, Registry Monitor, etc. by searching for their window titles. If such Windows are found, Themida will show an error message:

Although the downloaded executable, asfvcxds.exe, is an additional sample of Cryptbot, it is possible that other malware can be downloaded from Cryptbot’s C2s. In the past Cryptbot was downloaded alongside the info-stealer Vidar and the malware loader NuclearBot.

While many may debate the morality of using pirated software, from a security perspective, the jury is out, it’s not worth the risk. Most pirated software available with their installers, keygens and cracks are binary files that are veritable “black boxes” for the majority of users. Thus, when installing pirated software, we never know what hides behind the executable. It may be a “harmless” crack or keygen that will manipulate a software to believe it is genuine, but on the contrary, it may also be an info-stealer, a browser hijacker or even a ransomware that may harm our digital lives and cause us to lose our digital data.

Cryptbot’s high infection rate may once again prove that the word “free” attracts a large number of susceptible victims, but as the old adage goes “if you pay peanuts, you get monkeys”. Although Deep Instinct’s customers are protected against such threats in their earliest stages, it is wise to avoid pirated software, especially in corporate networks and for work-related devices.